What is the role of car air compressor

1. Clean the surface of parts. There are many types of auto parts, complex shapes, and difficult to clean. The internal and external surfaces of the parts are easily attached to dirt or metal debris. It is difficult to clean them with general cleaning methods. The rain's cleanliness affects the assembly quality and normal use. Very large, all kinds of parts can be cleaned with compressed air.
2. Unblock the blocked pipeline. The bearing ducts, air ducts, and oil ducts in the car are often blocked by solid foreign matter entering and partially or completely blocked. If compressed air is used in the opposite direction of the foreign matter entering direction, it can be quickly dredged by compressed air.
3. Check the leaking part. Air pipes, oil ducts, and cooling systems on automobiles often have different degrees of leakage. In order to find hidden leaks, the parts can be immersed in water or coated with soapy water, and compressed air can be filled into the parts to detect them smoothly.
The automobile air compressor is the heart of the automobile air-conditioning refrigeration system, which plays a role in compressing and transporting refrigerant vapor. Compressors are divided into two types: invariable displacement and variable displacement. According to different working principles, air-conditioning compressors can be divided into fixed-displacement compressors and variable-displacement compressors.
4. Can be used as the aerodynamic force
The compressed air can be used for power, mechanical and pneumatic tools, as well as control instruments and automation devices, instrument control, and automation devices, such as tool replacement in machining centers.
5. It can be used for gas transportation
Air compressors are also used for pipeline transportation and bottling of gas, such as remote gas and natural gas transportation, and bottling of chlorine and carbon dioxide.
6. Used for gas synthesis and polymerization
In the chemical industry, certain gases are synthesized and polymerized after the pressure is increased by the compressor. For example, atmosphere and hydrogen synthesize helium, hydrogen and carbon dioxide synthesize methanol, carbon dioxide, and ammonia synthesize urea, and so on. Polyethylene is produced under high pressure.
7. Used for refrigeration and gas separation
The gas is compressed, cooled, expanded, and liquefied by an air compressor for artificial refrigeration. This type of compressor is usually called an ice maker or an ice maker. If the liquefied gas is a mixed gas, each group can be separated separately in the separation device to obtain various gases of qualified purity. For example, the separation of petroleum cracked gas is first compressed, and then the components are separated separately at different temperatures. 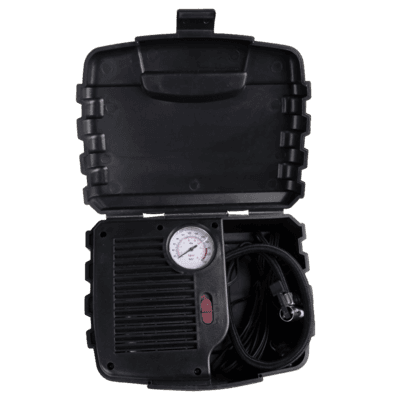 PREV：How to maintain the car heater
NEXT：How to use the fascia gun and precautions
Share:

Need Help? We are Here to Help You!